How to Join the Philippine Air Force - Qualifying Exam and Requirements 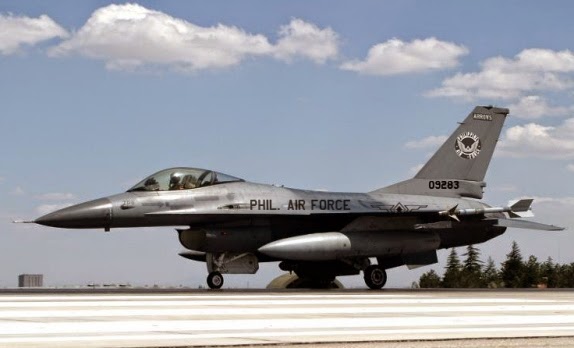 Join the Philippine Air Force this 2017, it's a great and amazing career. It's a job where you can literally reach the skies... If you wish to join the PAF, you can either apply to be an officer candidate or a candidate soldier. The requirements for the qualifying exam and recruitment, as of 2017, for either position is posted on this page. Just read on!

Just a week and a day had passed after my graduation when I took the Philippine Air Force Officer Candidate (PAFOC). It was held on the 10th of April. I barely managed to take the exam at that time. Because on the day of the exam, the required copies of my official transcript of records (OTR), which I likewise barely managed to have a copy, were not certified true copies.

On the very day of the exam, I woke up very early in the morning and went to the University Registrar to have my copies authenticated and it was about nine o'clock in the morning when I successfully completed the exact required documents. The exam venue was just hundreds of meters away, so I immediately hurried to that location. Dang! I was an hour late, though the exam had not yet began but the orientation has just finished. I was asked by one of the proctors why I was late. I answered her (she's a lady officer) truthfully. Then she asked for my age, and answered that I just turned 20. Then she said to me that I can still take the exam for the following year and that I am still very young and have lots of chances to take the exam. She then told me to just prepare and ready everything for next year's exam.

So there I go feeling depressed. I went to a canteen nearby and spent about an hour in solitude, feeling depressed. However out of the blue, I decided to peek at the testing center. So I went. Then happened next, "Hey, where have you been? We've been looking for you. We thought you already went home. Come, hurry and get ready to take the exam.", said one of the proctors, I was surprised but excited at the same time. I was eventually allowed to take the exam together with a bunch of fellow late examinees. They've just decided to have a second batch for PAFOC qualifying exam since there is quite a number of examinees who came late.

The examination is comprised of two parts. The second part is divided further into three parts. There are two separate answer sheets and four separate test booklets for the exam. Both the first and second parts must be finished within the allotted time limit, however, the first part has a shorter time allotment considering the number of items to be answered. The exam is focused on General Information/Education (Math, Science, Verbal, Logic).

Luckily, when the exam result came out, I was among the 150 officer candidate (PAFOC) applicants, from the entire country, who passed the qualifying exam.

How to join the Philippine Air force?


Just like any other field, in order to join, there are procedures which must be followed. For the Philippine Air Force, same as the other uniformed services of the Philippines, (the army and the navy,) first you'll have to pass the written qualifying exam. Then you'll still have to pass other exams, such as, physical fitness test, medical examination, and in other cases, another special written examination.

Qualifications for Philippine Air Force Officer Candidate (PAFOC) :
Physical defects such as the following would demerit or disqualify the application:
Philippine Air Force Requirements for Exam, Recruitment 2017
Fill out the application form properly and correctly. You may submit photocopies of your NSO birth certificate and TOR but it is suggested that you also bring the original copies to prove the authenticity of the photocopies. 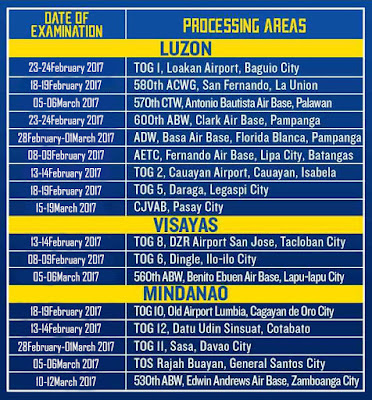 Where to submit your application form and necessary credentials?
You may inquire at the following PAF Units, whichever is nearest to you:
(Phone numbers may change without prior notice)

NOTE: PAFPMC is the only Processing Center for PAFOC applicants